We recently spoke to Capt. Paul Hebert, owner of the Wicked Pissah fishing vessel, from the Wicked Tuna television series seen on the National Geographic Channel. Paul shared some of his fishing history with us, as well as his thoughts on Sea Hawk’s antifouling bottom paint Biocop TF, which he’s been using on his fishing vessels for the past decade. Coming from generations of commercial fishermen, and commercial fishing himself since the age of 8, he’s got a lot of interesting stories and explains why he loves Sea Hawk antifouling bottom paint.

This was a fun interview to conduct. If you’ve watched Wicked Tuna, you know Capt. Paul is a bigger-than-life kinda guy that is energetic and animated. There’s never been someone as passionate about fishing either. So let’s set the hook and get to the action… 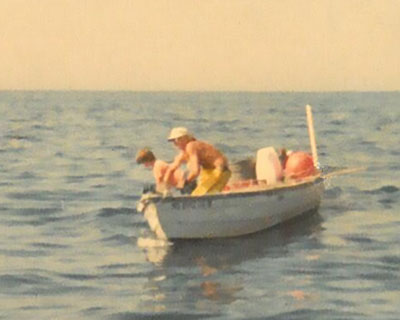 How long have you been fishing, Paul?

So, you’ve really been fishing your entire life?

Yeah, that’s all I was taught, it’s all I’ve ever done. That and carpentry work.

And it’s been mainly in the Gloucester area? 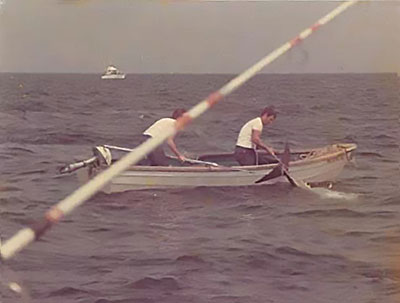 Gloucester to Cape Cod. You see, when we fished for tuna in the past, we were using slow lobster boats. So, we didn’t go far away. And when we did, we’d

have to plan; load the boat with ice, bait, tackle, food. When we would go to Maine we would travel at9 knots and go 100 miles to get there. Which meant we had to live on the lobster boat for a week or two at a time. We didn’t get hotels or go into the harbor, we lived on the boat. It didn’t have cushions, big lights or generators. We had none of that back in the day, back when men were men. Now we’re spoiled!

Have you been on the Wicked Tuna show since the start of the series?

I started at the beginning with the show. We just finished our tenth season and we’re going into season eleven now. And each boat is taking out a Wounded Warriors veteran and we showed them our job. It’s an appreciation for them because they’ve given so much of themselves serving our country. They’re the real heroes. They’re why we have what we have here, they fight for our freedom. The show is going to be phenomenal.

How did they choose you for the show, Paul?

I lived in Vermont, I had broken legs. In 2005 I fell down an elevator shaft while tied to a jack hammer and broke both my legs at the knees. I woke up eleven days later at Massachusetts General Hospital and went through years of surgeries and rehabilitation to learn to walk again. I ended up living with my mother because I couldn’t live alone, I was in such bad condition. When the show contacted thousands of fishing captains and sent out video cameras to hundreds of them with a spreadsheet of questions, my friend Dave Carraro called me to see how I was doing. He asked if I was able to get on a boat in the physical condition I was in and I said “oh, no” not at all. And Dave asked if I could just sit on his boat. So, I drove down to the marina and got on Dave’s boat and there were camera crews there and producers doing interviews with everybody. And one of the guys doing the interviews recognized me and came over to talk to me. His first question was “what kind of boat do you have,” and I said “I don’t have a f’ing boat! I got broken legs and Dave called me!” He said “dude, where have you been? We love you.” I said “I’ve been in Vermont learning how to walk again.” 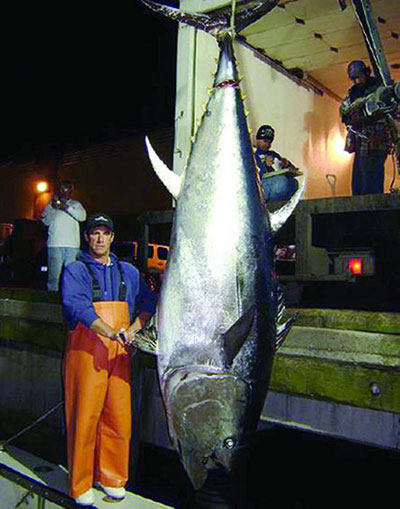 They saw your personality and said we gotta have this guy on the show?

At the top of the spreadsheet of questions for everyone it said this is a personality-driven show. It didn’t really matter what you had caught, it was how you were as a person. A lot of the guys were answering the question really mellow. And when they asked me how big was the biggest fish I had ever caught, I said “I’ve caught thousand pounders! They were f’ing huge!”

And they said we gotta have this guy on the show?

Well, the excitement of doing what I do, I love it. It’s in my veins. It is tougher now than it was years ago, the regulations now make it difficult. Back in the day, other countries would give their fishermen a quota of 10,000 tons of tuna but the fishermen would overfish and take 20,000 tons and not get penalized. That devastated the tuna stocks. The regulations today protect the tuna populations.

How many years have you been using Sea Hawk Biocop TF antifouling?

Since I got my first boat for the show. I asked Dave Carraro, where do I get the best bottom paint for my boat and Dave said call this guy, which ended up being Mike Taber, the Sea Hawk Paints rep in the area.

Yes. It’s literally the best bottom paint you can put on your boat.

Did you help design the new boat you’re having built right now?

Oh yes, I helped design the entire boat. It’s a 40 foot Osmon Beal and is being built in Steuben, Maine at H & H Marine. It’s going to be an amazing platform.

Well, that’s great Paul. Thank you so much and have an awesome season on Wicked Tuna.

You bet! And don’t miss the Wicked Tuna show on May 30th at 9:00 p.m. on the National Geographic channel with the Wounded Warriors veterans going out on our boats. It’s going to be awesome!

Wicked Tuna can be watched on the National Geographic channel on Sunday nights. 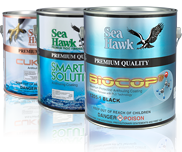